The headlines are true, some of the details may well not be! 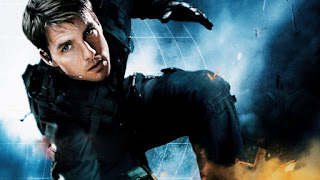 Mission Impossible 6 had it's release date set by Paramount this week. The new movie, again to star Tom Cruise, will be heading to the big screen on July 17th 2018. Cruise has already said that the film promises more incredible set pieces and what he thinks will be a very entertaining and compelling story. In an attempt to add some gritty realism, this time around Ethan Hunt and his team will go up against a billionaire despot who attempts to destroy the world by making the population run themselves through with sharp sticks rather than listen to his inane drivel and look at his stupid hair doo. 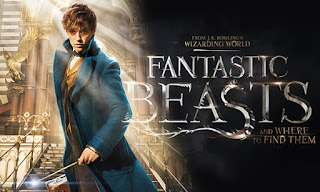 The follow up to this weeks biggest release Fantastic Beasts and Where to Find Them is two years away from the big screen but it is already known that the action will take place in Paris, France. J.K. Rowling has stated on Twitter that another rumor that is doing rounds is untrue. Apparently, many fans have been lead to believe that the story takes place only two days after the events of the first film, J.K. tells us this is not the case. The Potterverse followers are now throwing their Bertie Botts Beans about in anticipation of confirmation of this intricate detail that may be the make or break of the film being worth seeing or not. One anonymous fan took to social media yesterday to say "Never mind the plot, characters or interesting special effects - we need to know if the story takes place on a Thursday!" In further Harry Potter developments Unclogged can exclusively reveal that we now know that J.K. does not stand for "Jiggly Knockers" 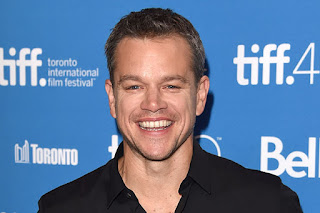 Paramount also announced "Downsizing" date this week. This turns out to be a new comedy to star Matt Damon and has nothing to do with redundancies being made due to the poor box office take on a lot of the studio's tent pole releases this year. The movie will be out December 22nd 2017 in case you fancied spending two hours of precious last minute Christmas shopping time in the cinema next year.

Lionsgate have hired writing duo Neil Widener and Gavin James to write Now You See Me 3. The pair have also been tasked with penning the screenplay for San Andreas 2. They have now earned a reputation as the team to go to for unlikely sequels. Next up on their to do list is Ishtar 2: Camels Ho! and Howard the Duck: Wings of Fury. 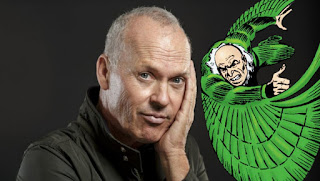 Micheal Keaton is confirmed to be playing avian based baddie The Vulture in Marvel Studios Spider-man: Homecoming. This could be the second part of the "Tweety Bird Trilogy" Keaton has been working on for some years. Following previous entry Birdman, the set could be concluded in him being cast in the reboot of The Crow. Most likely is a role in The Birds 2: Even More Birds or Howard the Duck 3: What the Quack! 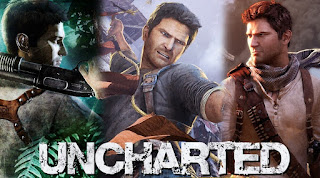 The movie version of popular video game series Uncharted is finally expected to start filming next summer after being stuck in development hell for what seems forever. According to director Shaun Levy, the treasure seeking tale will not be another Indiana Jones or National Treasure, it will be an entirely different unique entity. This can only mean that the story line will be based on U.K's top 80's television game show sensation Treasure Hunt. Expect negotiations to start with the shows star Anneka Rice and her bottom very soon. (Trust me, the rest of the world and British citizens under 30,  that gag was very funny.)

First Olympus fell over and then London now Angel. Angel Has Fallen is the next in the series of action epics starring Gerard Butler, Angel being a reference to Air Force One, the plane that Harrison Ford had a spot of bother with a few years back. It seems that co-star Aaron Ekhart will not be along for the ride in his roll as the President of the United States. The story will now revolve around, bodyguard supreme,  Mike Banning being tasked with protecting President Trump. Mike decides it's really not worth his effort and Trump gets blown to smithereens by terrorists. A fourth in the series Jenga has Fallen is also in development. 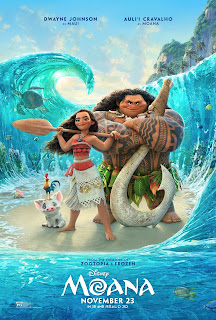 New Disney animation Moana has had to have a title change in Italy due to it's similarity to the name of infamous Italian adult movie star Moana Pozzi. After forming a writers room to come up with a safer title for Italian theaters Disney toyed with changing the name to Groaner or Screamer before settling on Oceana. Look out for sequels to include  Deep Oceana and Oceana is Wet very soon.

Ellen Page is in Ireland working on new zombie movie "The Third Wave" at the moment. The movie has managed to come in under budget by filming locals leaving the pub instead of hiring actors to play zombies. 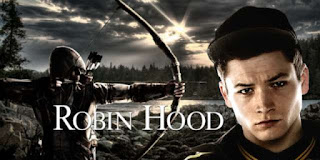 In a sudden flash of inspiration Hollywood have decided that what the world needs is another version of the Robin Hood story to be told. The movie will star Taron Egerton and Jamie Foxx and is produced by Leonardo DeCaprio. Apparently, the story is going to be told as it has never been told before. King John is to be a time travelling cyborg from the planet Kruud. Robin is given super powers from the mystical elves of the forest before having to use them to bring down the King and his hoard of evil, trained  Ninja Spider Monkeys. A final showdown will take place in the King's underwater lair.

You may remember, a few paragraphs back we mentioned new Disney treat Moana, which features the voice of muscle mountain Dwayne Johnson. When the movie is released there are only another 757 projects Dwayne has left on his up coming slate, but nothing new has been released for over three weeks. The drought of movie announcements for The Rock seems nowhere near an end. Rumors abound that if the problem is not seen to shortly it will be announced that Dwayne will be starring in a movie based on a weak running joke from an obscure movie blog site very soon. 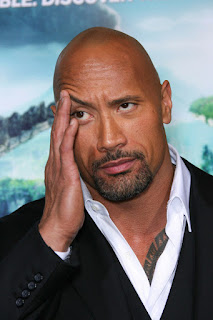 Come back next week for more movie news that has been tinkered with a smidge.
Posted by Ian Richards at 11:13