Welcome to Blog Paper: Unclogged! All the movie news you can use!

The headlines are real, some of the details may well not be. 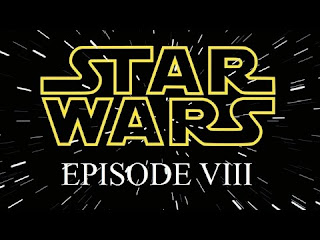 Star Wars fans were excited this week when a description of Luke Skywalker's costume for Episode VIII made it online. Details simply suggest he will be wearing dark colours in training scenes of the movie not the slinky off the shoulder number with matching accessories some where hoping for.

Sherlock 3 is finally in development with Robert Downey Jr and Jude Law to reprise their roles from the hit franchise directed by Guy Ritchie. The movie has created a writer's room to bash the story and script into shape. It is expected that the plot will involve Holmes and Watson falling out and parting ways only to build separate crime fighting teams of ace detectives. Casting for Charlie Chan and Miss Marple has yet to be confirmed. 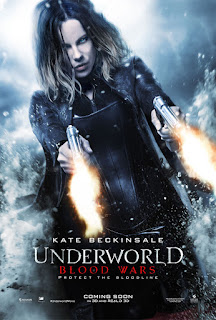 Kate Beckinsale, soon to be seen in Underworld: Blood Wars, was interviewed on "Late Night with Seth Meyers" this week where she admitted to enjoying arranging fruit into amusing phallic positions and doodling penises, thousands of male viewers complained as hey thought she had said "Diddling" 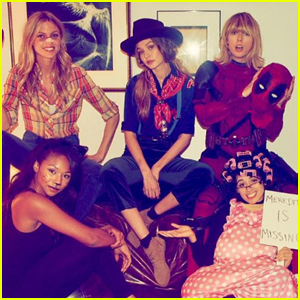 This Halloween the stars were dressing up for all the swankiest horror based parties. Taylor Swift wins the prize for best costume as she got to borrow a genuine Deadpool outfit from friend Ryan Reynolds. Apparently it was a bit of a tight fit, it took a lot of baby powder and three friends to help shake it off. 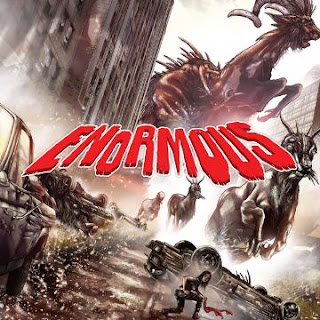 In a comic book you never heard of being developed into a movie news, Image "Huge in the early 90's" Comics "Enormous" is to be turned into a possible franchise. The book, which features giant monsters running riot in the city, will be transformed into a movie with possible virtual reality elements. Watching the movie with V.R. technology will giver the viewer the impression they are looking up at a giant, slobbering, gnashing maniac that wants to eat you alive - an experience not dissimilar to watching footage of the Trump campaign trail. 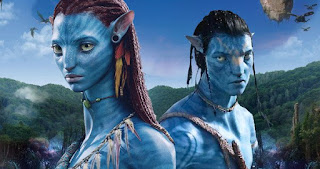 In more technical news. James Cameron has announced that he hopes to bring 3D technology forward with his up coming four Avatar sequels by developing a system that will not require glasses. The new movies are to be sponsored by Anadin and Nurofen. 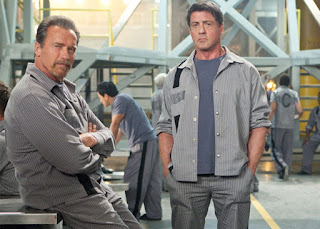 It seems that unlikely sequel Escape Plan 2 has been given the green light with Sylvester Stallone attached to make a supporting appearance. It has not been confirmed if Arnold Schwarzenegger is involved this time around. The story will revolve around Sly having to escape from a maximum security rest home before wardens come to give him his bedtime coco.

Girl on the Train writer Erin Cressida is in talks to write the planned live action version of Disney's Snow White. Possible title could be Girl in the Forrest. This follows the trend for live action remakes of The Little Mermaid (Girl n the Water), Beauty and the Beast (Girl and the Hairy Fella) and Mulan (Girl that Pretends to be a Boy but is Actually a Girl). Also in development is the story of Rose Red, sister of Snow White, who after finding out that Snow has fallen under the wicked witches spell, sets off with the seven dwarfs to save her sister. If this is to be an action movie controversy will ensue as the dwarfs carry out their mission of rampant, blood soaked revenge. In keeping with the change of tone the seven dwarves will change their names to Mad Dog, Frenzy, Rampage, The Douche, Muscles, Buzzsaw and Doris.


No news on casting for the role of Snow White but maybe the Disney big wigs could throw the role towards poor Dwayne "The Rock" Johnson who is in the midst of the second week of a project announcement drought. Desperate measures maybe taken and if no announcements are made soon we will be hearing about The Tooth Fairy 3 and Snitch 2: Still Snitchin' just to keep Dwayne ticking over. 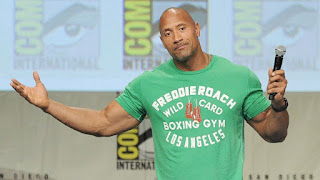 Tune in next week for more slightly tweeked movie news with Blog Paper: Unclogged!
Posted by Ian Richards at 08:00