Welcome to Movie News: Unclogged! Your guide to the weeks best headlines in Hollywood. The news is true, some of the details are not. 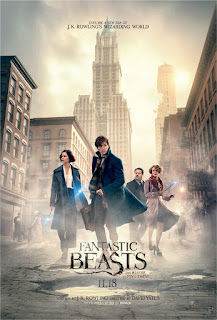 Fantastic Beasts and Where to Find Them won't be in cinemas until 18th November, but it has already been announced that J.K. Rowling will be working a further five movies in the series. The fifth of these films will be split into two parts, 5a and 5b with 5b being turned into a further two movies 5b.1 and 5b.2. This pattern will carry on until all the money in the world has been hoovered up into the Potter World coffers or the end of the world arrives, which ever comes first. Possible titles for the movies are Fantastic Beasts and How to Fondle Them, Fantastic Beasts and Exploitation of Wallets and Fantastic Beasts Vs Superman. 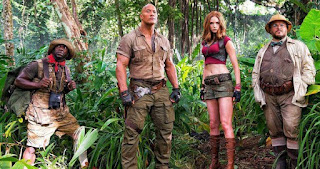 There are worries that Hollywood is in turmoil as no new movies to star Dwayne "The Rock" Johnson have been announced this week. Johnson, who is currently filming the sequel to family classic Jumanji, has an estimated 727 projects in development all for release next year. It is expected that, with the sudden three days down time in his schedule Dwayne will be able to use the bonus day it allows him to develop new muscles previously unknown to the human species. 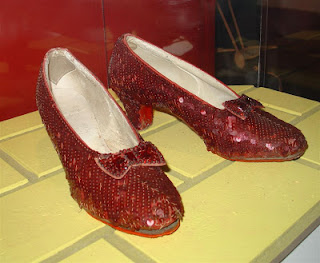 The Smithsonian kick started a kickstarter campaign to help raise money to carry out preservation work on Dorothy's iconic ruby slippers as worn by Judy Garland in The Wizard of Oz. They hoping to raise $300,000 help conserve the shoes that have lost some of their sparkle over the last 80 years. It is believed that most of the money required will be raised by donations from Bay Area drag artists alone. There is, however, no plan to use an excess donations to help preserve Steven Segal's chef hat from Under Siege. 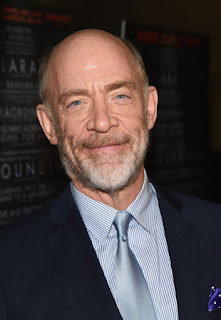 Awesome actor J.K. Simmons noted, in an interview with Entertainment Weekly, that he is very excited to be working on the next Batman movie with Ben Affleck. His take on beloved D.C. character Commissioner James Gordon will first be seen in Zac Snyder's Justice League movie next year. It is believed he will have a greater role to play in Affleck's "The Batman" currently in pre-production. Simmons says that his iteration of Gordon will be "more bad ass." Possibilities of a Suicide Squad make over with "To Protect and Serve" tattooed on his forehead have yet to be verified. 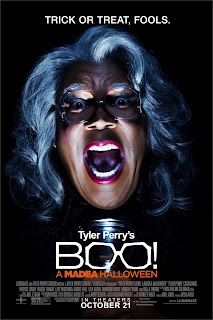 Boo! A Madea Halloween beat Jack Reacher; Never Go Back into submission at the U.S. box office with a $27.6 million take this weekend. Boo! Written, directed, produced, catered by and starring Tyler Perry is part of a long running series of movies featuring the outspoken matriarch that is largely unknown in other territories like  the U.K. Studio executives intend to address this problem by creating a Madea extended universe in the Marvel style. Expect Madea Vs. Big Momma to hit the screens in 2018. 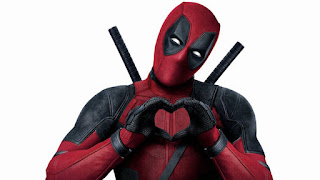 Deadpool 2 has hit the headlines this week with the unfortunate news that the project has lost it's director Tim Miller who has left the sequel to his smash hit over creative differences. The news still hot off the presses has already spurred fans of the merc with a mouth to start a petition to have the directors chair filled with the prestigious butt of Quentin Tarantino. The Blog Paper office finds this prospect very exciting but we would like to propose an alternative of Terry Hughes, veteran director of The Golden Girls as a Wade Wilson Vs Blanche spin off just sounds too good to miss.

In other Deadpool 2 news four actresses are being considered for the role of Domino. They are looking for an actress who is not a push over and can be counted on. 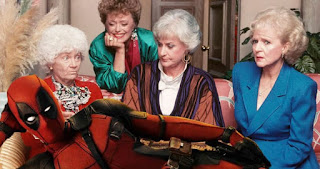 Tune in next week for more of Blog Paper's Movie News: Unclogged!
Posted by Ian Richards at 19:00